A downloadable game for Windows

- Blow your enemies to pieces!

Over the course of 4 Levels, + intermission levels each featuring a more sinister PALPUS-Bossform to fight, you gotta fire your different weapons smartly as every gun and grenade has it's Cons and Pros. Collect Upgrades and E-Cubes to buy all the guns and goodies you need to survive!

The evil alien mastermind PALPUS turned your people into mindless cyborg warriors. Get your revenge and end their tyranny by blasting through the alien army and infiltrating their home base.

In order to download this game you must purchase it at or above the minimum price of $3.99 USD. You will get access to the following files:

Hi MeisterPalpus, I had fun playing your game, though the screenshakes took some getting used to :p

Also, for the demo's boss, you might want to add in a bit more space so that the player can jump towards the second shield part without hitting his head, and also be able to jump up and shoot at it (in the event the player runs out of grenades either during or before the battle)

Thank you for your feedback, it's very much appreciated.

I will consider adding an option to reduce the screenshake.

As for the boss: I will take a look at how I can rearrange things to make hitting the weakspots easier. Technically it is possible to destroy them with your gun too.

The screenshake part is entirely up to you, since you know how to do it best, so I'll leave it to you :)

Yes, those weak spots can be attacked with the gun as well, though I found it much easier to hit the second weakspot with the grenades since there's very little space for you to jump up and then shoot at it without touching it by accident :p

Also, I found that the camera was quite tight when following the player's jumping movement, which can be disorienting and would require the full concentration of the player in order to not get dizzy, which would get in the way of making combos read: dashing, jumping and shooting in no particular order, (unless they get used to it), so perhaps you could make the jumping less sudden and the camera could relax it's movements a little?

There's some camera tweaking in the works right now, and I already changed the camera behaviour when adjusting to player height, so things are developing ;)

Alright then; good to know that the camera is being updated :)

You're welcome, and I look forward to your progress with this game :D

Interesting game. I liked the controls and the gameplay. It feels really responsive. The art fits the type of game. One point that could be improved is the camera, it follows the player severely and becomes a bit distracting. Other than that, I really enjoyed it. Keep the good work. Congrats.

Thank you so much for your feedback, pal! Really appreciate it <3

PS For anyone watching, please consider subscribing for a copious amounts of indie games.
Reply 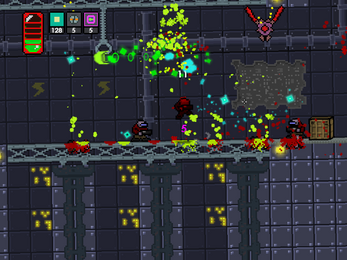 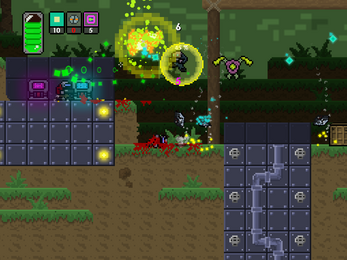 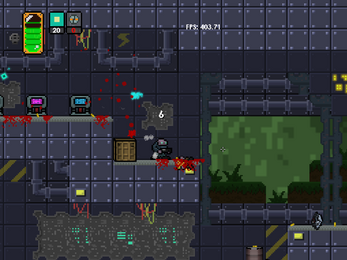 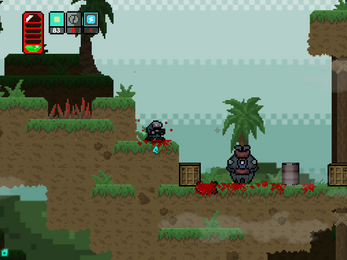 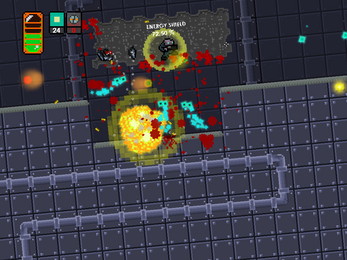 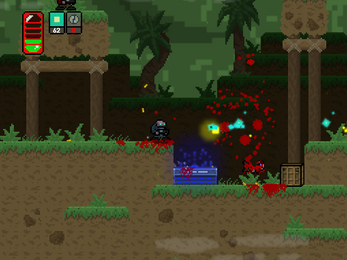 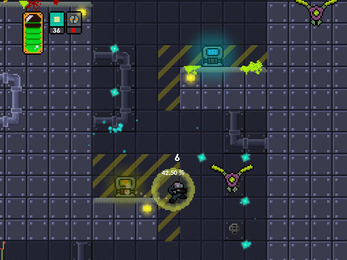